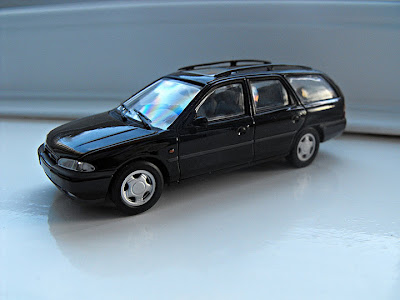 Intended as a world car, the Mondeo Mk1 was launched in 1993, replacing the Sierra. It`s won the Car of The Year 1994 award. Mondeo had 3 body styles: a saloon, 5 door hatchback and an estate. A four wheel drive version was available, but it is very rare. Safety was a high priority in the Mondeo design with a driver's side airbag (it was the first ever car sold from the beginning with a driver's airbag in all of its versions) and side-impact bars as standard features. In 1996 a facelifted version was presented, often called the Mondeo Mk2.
Posted by DiEcaSt at 02:47