Renault Modus is a mini-MPV, presented as a prototype at the 2004 Geneva Motor Show. The production version was released in September 2004. It shares its platform with the bigger Clio, and Nissans Micra and Note. Modus has quite a lot of clever optional features, like multiple clever storage areas, "boot chute" (a drop down opening in the centre of the tailgate), "Triptic" seat system and  "Dedicated Cornering Headlamps" (the last beeing available only on higher trim levels). The Modus was also the first small car to receive a full, 5 star Euro NCAP rating for passenger safety.


In 2007/2008 the Modus received a facelift, featuring colour-coded bumpers on all versions, clear Perspex 'glass' indicator bezels, revised side door mouldings and updated interior trim on all specification levels and new engines. In February 2008 a new version with an extended length, called the Grand Modus was introduced. The new version caused sales figures to increase, however they still remained under the original targets. 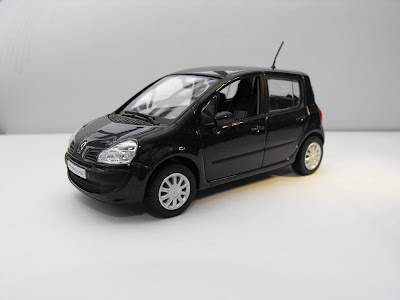 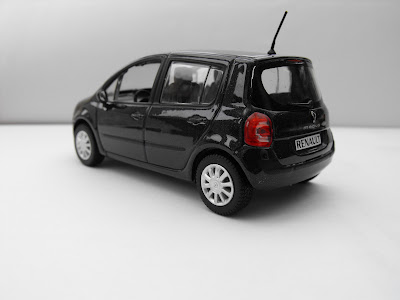